Kazema Center Company is a distributor and manufacturers’ representative for HVAC & Refrigeration products used in commercial and industrial applications.

Over the years Kazema Center has continued to expand on its capabilities and overall market penetration and is now among the leading distributors of quality parts & equipments in Bahrain.

We take pride in establishing and maintaining long term partnerships with our clients. 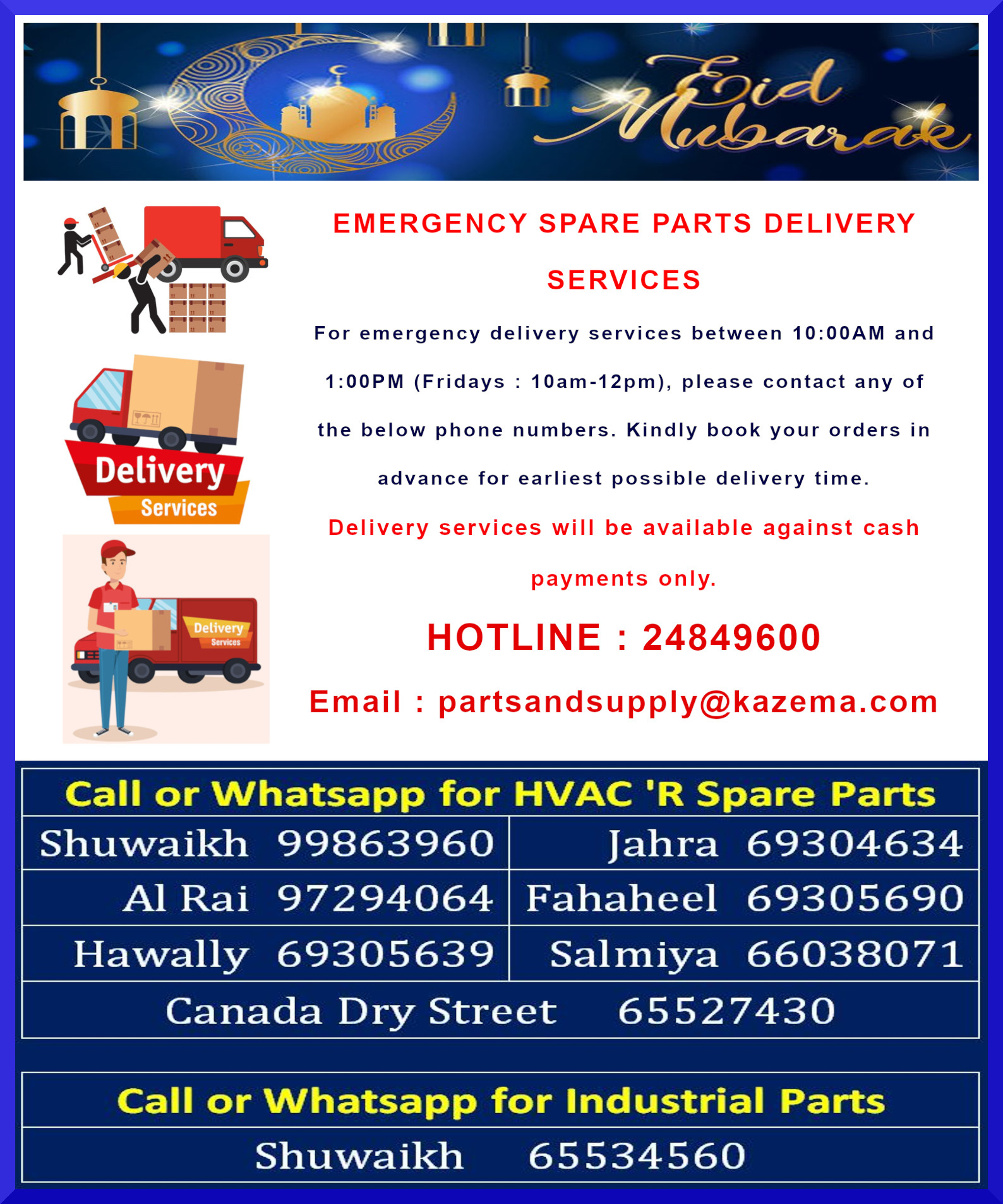